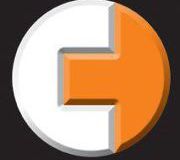 Clubworld also had one of its branches – the Newry agency – as one of six shortlisted for assessment by mystery shoppers. It was certainly a night to remember for Clubworld and particularly for founder Delia Aston, who completed a memorable double by being recognised for her positivity and business acumen by growing her retail company to seven branches by winning the Travel Industry Award 2012. 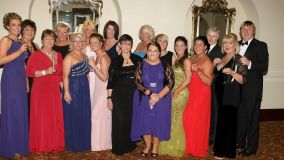 Members of the Travelling Public were able to vote for the top travel agencies in the Province, then the top six were assessed by mystery shoppers to produce the winner. As well as the two Clubworld branches, shortlisted for the Travel Agency of the Year were Knock Travel, Belfast, Pinnacle Worldwide, Lurgan, Oasis Travel, Lisburn and Feherty Travel, Bangor. Travel News readers and members of the travelling public also cast their votes for the Best Multiple Retail Branch – a new award which was won by Co-Operative Travel’s Cregagh Road, Belfast branch.  More than 400 VIPs and decision-makers from the Province, the Republic and from all parts of the industry on the UK Mainland were at the 21st Awards ceremony hosted by former Catchphrase host and Belfast-born comedian Roy Walker, who proved to be a smash hit with his dry Ulster humour, some special Travel catchphrases and for hosting the Awards presentations. Members of the public also voted for the Best Northern Ireland Visitor Attraction which was won by Titanic Belfast, while top of the poll for the Best Tourist Information Centre was Belfast Welcome Centre. Pictures and the full list of the Awards will appear in the next issue of Northern Ireland Travel News.

Want to join the discussion?
Feel free to contribute!

We use cookies to enhance your experience on our site. By continuing to use our site, you agree to our use of cookies. Find out more >>
Scroll to top